“The Hermit from Aix”, “a painter by nature”, “the true father of modern art” - this is what his contemporaries and arts people of the later times said about Paul Cezanne (1839 - 1906). ⠀

During his lifetime, only his fellow painters appreciated the master, and far from all of them. However, at the beginning of the 20th century, young artists discovered Cezanne. ⠀ ⠀

Not a single prominent modernist artist, like Henri Matisse, Georges Braque, Fernand Leger, Pablo Picasso and many others was immune to be high on Cezanne. ⠀⠀

Art historians of the early twentieth century believed that the influence of Cezanne took place among young people on an enormous scale and was almost religious in nature. It was a particular view of the world. ⠀ ⠀⠀

As a result, they even talked about the Cézanne sect, consisting of fanatical enthusiasts and imitators of his art. ⠀

How did it turn out that it was Paul Cezanne who so seriously affected the art of the twentieth century, who made most of his “discoveries” far from Paris, in the south of France, in his native Aix? What is the essence of these discoveries that modernists have adopted? Where is this Cezanne’s trace in the art of the twentieth century? You will learn about all this, as well as about the master himself, about his painting, about the favourite plots of his artworks in this lecture. ⠀ 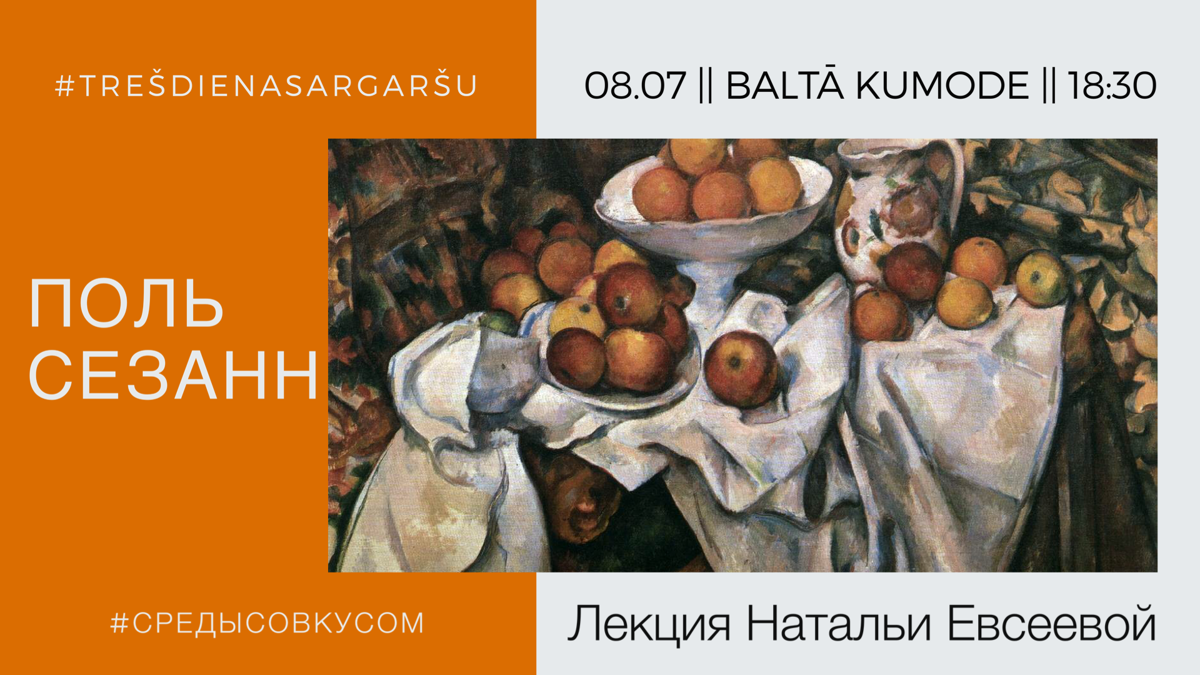 Lecturer: Natālija Jevsejeva, Doctor of Sciences, Head of the Museum of Romans Suta and Alexandra Beļcova.

The lecture is in Russian. ⠀

The #trešdienasargaršu project is an alternative intellectual leisure. The lecture hall of Baltā Kumode regularly hosts lectures on the history of fashion and art.

Or join the group on WhatsApp: